Los Angeles, CA – VI·ZA is excited to announce a new digital song release for 2019. Following the online releases of “The Unorthodox Revival: I and II” amidst acclaim and the anticipation of a loyal fan base, “Eros” has now arrived for listeners to enjoy a nostalgic piece of the band, expressed with today’s sensibilities and experiences. 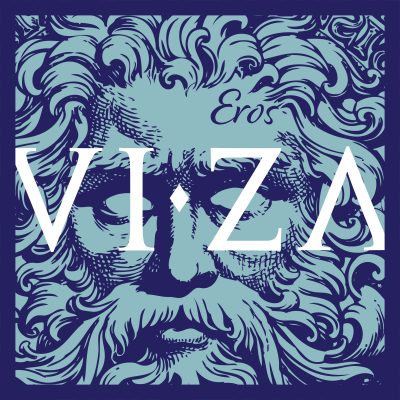 “Eros was written ten years ago and was meant to be the self title track to EROS the album, but it lacked a certain musical movement so I shelved it until it came to me naturally ten years later,” said frontman K’noup Tomopoulos.

Fresh off successful performances at Aftershock Festival in late 2018 and a headliner show in Paris in May 2019, VI·ZA has been inspired to expand its horizons and write new material, and “Eros” signals a return to the studio in emphatic fashion, continuing work with talented recording engineer Yury Anisonyan out of Live Wire Studios in Los Angeles. Anisonyan provided expertise and a unique mixing philosophy to VI·ZA’s sound, creating a unique tapestry of soundscapes.

“Eros came out beautifully,” said theoudplayer. “It’s a powerful song with wonderful depth and style – a true VI·ZA classic brought to life years after it started – it’s kind of fitting to release this song now so many years later,” he added.

Featuring duduk and oud accompanied with some of VI·ZA’s classical arrangement styles and driving beats, Eros exemplifies the band’s signature sound and will surely pique the interest of the band’s dedicated fans, and also those looking for something artistically engaging and unique.

All new songs will be released on VI·ZA’s dedicated YouTube channel at www.youtube.com/user/ExperienceViza.

VIZA is looking to explore a new dimension of sound. As a fixture of the Sunset club scene known for energetic and captivating live performances, VIZA is sure to deliver excitement in the form of shows and new songs in 2019 and beyond.